А320 urgently sat down in Florida because of threat of explosion 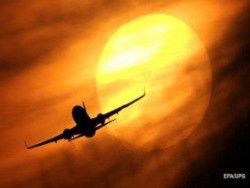 The airbus A320 with 92 passengers and crew members onboard made emergency landing at the international airport Fort-Lauderdeyla (State of Florida). The reason – the probability of explosion onboard, was reported by CBS-12 TV channel.

According to its data, one of passengers spoke about danger of explosion of a bomb.

The plane is taken away on safe distance from terminals. The group of sappers investigates a luggage compartment.

As reported Korrespondent.Net, the day before, on November 19, the passenger plane which was carrying out flight from Warsaw to Hurghada, urgently landed in Burgas in southeast Bulgaria. Pilots made such decision because of explosion threat