Communists asked Putin to forbid flights to Turkey and Tunisia 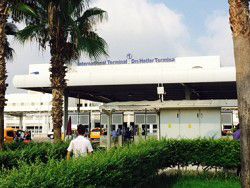 Deputies of the State Duma from the CPRF Valery Rashkin and Sergey Obukhov addressed to the president of Russia Vladimir Putin with a request after a ban of flights to Egypt temporarily to suspend an aircraft service with Turkey and Tunisia. About it the Izvestiya newspaper writes.

According to communists, flights to Turkey and Tunisia can be dangerous because of presence there the terrorists connected with the organization forbidden in Russia «The Islamic state».

As deputies specified, the decision on a suspension of flights to Egypt was caused by that one of the main versions of crash of the Airbus liner of 321 Kogalymavia airlines following on October 31 from Sharm el-Sheikh to St. Petersburg, act of terrorism is.

Rashkin and Butts publications in leading western mass media refer to opinion of a number of heads of the governments and power departments of foreign countries, and also.

«For incomplete year in Turkey there were seven acts of terrorism. In Tunisia in June in the city of Sousse attack on two coastal hotels» was made, – deputies reminded.

Act of terrorism on a beach at five-stars hotel Imperial in vicinities of Sousse was made on June 26. Victims became, according to different data, from 38 people, among them British, Belgians, Germans and the Russian. About 40 more people got wounds. Attacking it was destroyed on a place by law enforcement officers.

The Airbus A321 plane of Kogalymavia airline flying from Sharm el-Sheikh to St. Petersburg, broke on October 31 on the Sinai Peninsula soon after take-off. 224 persons who were onboard – generally Russians were lost all. The Russian authorities declare that the key version of accident while is not present, as all options are considered.

Mass media referring to various sources in the commission on investigation, and also the power of a number of the countries argue that the bomb detonation onboard became a cause of death of the plane, and point to possible participation in it YOKES.