Drug dealers ran away from the Canadian prison by the helicopter 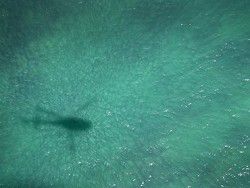 Ottawa, on June 8. The Canadian police searches three prisoners who have run away to the past Saturday, June 7, from prison of the city of Quebec by means of the helicopter. About it reports Lenta.ru referring to CTV News.

Condemned for drug trafficking made escape from prison by the green helicopter. Locals are recommended to steer clear of the run-away criminals – Yves Denisa, Denis Lefebvre and Serge Pomerla.

It any more the first case of escape from the Canadian prison by means of the helicopter. In March, 2013 two prisoners ran away from Saint-Gerome’s located in the Canadian province of Quebec prison, having got on a rope on the helicopter which has hanged over the territory. The police arrested on the same day the run-away criminals and their accomplices.