Experts began work with remains of victims in А321 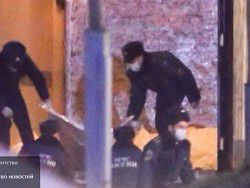 In forensic medical examination Bureau experts began work with remains of the lost passengers of the flight A321, the correspondent of Federal news agency from an event place transfers.

At present on the territory of Bureau of a forensic medical examination on Ekaterininsky Avenue there arrived two refrigerators accompanied by several cars of traffic police. Some tens cadets of the Ministry of Emergency Situations unload cars to which remains were brought. Two more refrigerators remain in the territory of the third platform of the Pulkovo airport.

As it was reported earlier, the board of the Ministry of Emergency Situations with 144 bodies landed approximately at 05:45 Moscow time.