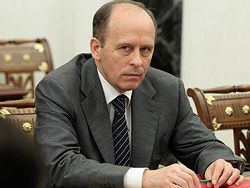 The head of FSB of the Russian Federation Alexander Bortnikov declared that considers expedient to suspend flights of the Russian aircraft to Egypt before clarification of the reasons of crash of the Airbus A321 liner in the country, reports RIA Novosti news agency.

"Until we will not decide on the true reasons of an event, consider expedient to suspend flights of the Russian aircraft to Egypt. It concerns, first of all, tourist channels", – the head of FSB at an emergency meeting of NAK emphasized.

According to him, it is necessary to obtain absolutely objective and confirmed data on the causes of accident. "Work should be conducted very carefully and so much time, how many is necessary", – Bortnikov noted.

He also considers necessary actively to cooperate with the Egyptian authorities for continuation of collaboration in investigation of the causes of accident.

The day before Great Britain and some other the countries refused flights to Sharm el-Sheikh because of unstated circumstances of crash of the Russian plane in Egypt.

The largest accident in the history of the Russian and Soviet aircraft occurred on October 31: the Airbus A321 liner of Kogalymavia airline which flied from the Sharm-esh-Sheykha to St. Petersburg, broke on Sinai. Onboard there were 217 passengers and seven crew members. All of them were lost.