Helicopter cluster it is decided to create on Don 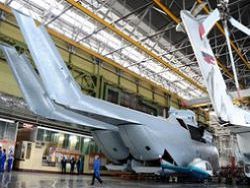 On Gidroaviasalone-2014 in Gelendzhik Minpromtorg of the Russian Federation, the government of the Rostov region and Rostekh corporation signed the memorandum of cooperation on creation of a vertoletostroitelny cluster.

According to the minister of the industry and trade of the Russian Federation Denis Manturov, the new helicopter cluster in the Rostov region will appear by 2020. The cluster which is planned to place in Bataysk, will include a flight-test complex, assembly production of helicopters of the type Mi-28, Mi-35 and Mi-26, and also the perspective average helicopter, the center of competences for production of composit blades and other products from composit materials. Besides, within a cluster the center of support of operation of helicopter equipment and branch of helicopter academy for training and retraining of experts in interests of the Ministry of Defence of the Russian Federation and within military and technical cooperation will operate.

The governor of the Rostov region Vasily Golubev noted that investments into creation of a cluster will make 20 billion rubles. As expected, on new production more than 10 thousand people will work, about 10 thousand more workplaces will provide the auxiliary enterprises. The main production part and a personnel reserve of a helicopter cluster will be made by present plant "Rosvertol" which is included into corporation «Helicopters of Russia». Safe conditions for tests of helicopter equipment will be thus created – flights will be deduced out of borders of Rostov-on-Don.