In Great Britain development of the hyper sound engine 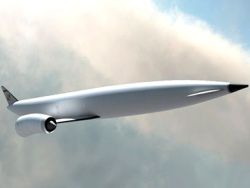 The British defensive company BAE Systems invested in development of the hyper sound Sabre engine which is necessary for creation of a vehicle of Skylon, capable to deliver the person in an every spot on the globe in four hours. The government of Great Britain also plans to be enclosed in the project, reports BBC News.

BAE Systems bought 20 percent of shares of the Reaction Engines enterprise which is engaged in development of the engine. The amount of transaction made 32 million dollars. It is expected that the British government invests 93 million dollars.

According to the project, speed of a new vehicle five times will exceed speed of a sound, and the part of its trajectory will lie in a circumterraneous orbit. According to engineers, the main difficulty when developing Skylon is creation of effective system of cooling for hot air.

Land tests of a vehicle it is planned to finish by 2020, and the first pilotless flight with use of engines is planned for 2025. Engineers of Reaction Engines by means of the new engine hope to compete with the Blue Origin and Virgin Galactic companies developing own vehicles.