In search of disappeared Mi-8 in Tuva involved shamans 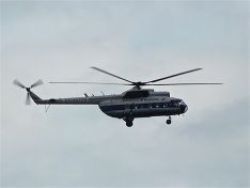 In Tuva the third week of searches of the gone helicopter that did not yet bring results went. Aircrafts again will be involved in operation.

"On Saturday it is planned to involve 5 aircrafts, and also 12 groups of land search", – reports GU Ministry of Emergency Situations on the republic. Now searching Mi-8 taking into account a reserve is involved 874 persons, 125 units of equipment, including from the Ministry of Emergency Situations of 156 people, the 37th unit of equipment. By the present moment rescuers surveyed the territory in 44 thousand sq.km, interrogated 640 inhabitants of the area.

On the eve of the power specified information on number of the people who were onboard. Speech, allegedly, goes about 14 crew members and passengers: three crew members, two technical employees which presence was necessary for service of air court in the three-day flight, six representatives of the customer – JSC Stroylayn from Sayanogorsk, registered in accordance with the established procedure, and three passengers without registration.

On October 25 specialists of Rosaviation will be connected to operation, the question of further tactics of searches will be solved with their participation. "To заброске in a taiga 50 parachutists-paratroopers are prepared, they will be sent today on a venue of rescue operations", – reports 1-line news agency.

At present specialists of the Ministry of Emergency Situations on the basis of the received data – indications of witnesses, documents of the air enterprise, weather service reports – managed to model possible flight conditions. The crew performed work on the demand of campaign of "Stroylayn" – for installation of the snegozamerny equipment. Previously it is established that except the equipment aboard the helicopter rubber boats were loaded. The helicopter of 1981 of release, the last repair passed on Novosibirsk aircraft factory in May, 2011, was serviceable. The crew has training preflight preparation and medical examination.

Onboard Mi-8 was established an emergency beacon. However it, rescuers tell, did not work – because of malfunction or damage when falling board.

Among the main reasons for incident while weather conditions are called. All interrogated witnesses point to a strong wind, snow charges around an expected route. Poll in settlements on an expected route, including in the villages located across small Yenisei is conducted. On October 22 the signal, for example, arrived that someone from hunters felt a stock of burned oil, now rescuers that everything to specify there make the way.

As admitted the Ministry of Emergency Situations, predictions of local shamans which try to help rescuers are checked even.

Representatives of department assured that search operation will proceed until weather allows. Searches are complicated because of the snow cover established in the Todzhinsky area in thickness 50-70 see.

The Mi-8 helicopter "Tuva airlines", flying of the settlement Sorug to Kyzyl, in the morning on October 10 at the scheduled time did not contact. On October 23 upon disappearance of the helicopter criminal case was brought.