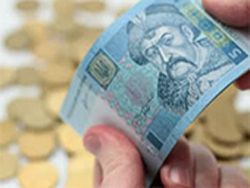 The Chelyabinsk regional fund of property confirmed bidders on purchase of the Bell-429 helicopter belonging to the regional government. Applicants of steel of JSC Donskoy tabak and JSC Sigma-Finance. Information on it is published on an official site of state purchases torgi.gov.ru.

It is known that both firms are under control to the Rostov businessman Ivan Savvidi, and, considering their affilirovannost, it is logical to assume that active fight at the auction will not be: residents of Rostov can get the helicopter at the price close to starting, – 245 million rubles.

By the way, about a bargaining subject – the Bell-429 helicopter. It was bought in 2011 for already former governor of Chelyabinsk region Mikhail Yurevich for 289 million rubles.

Bell "was lit" in corruption scandals in information war between Mikhail Yurevich and the ex-chairman of the Chelyabinsk regional court Feodor Vyatkin. Shootings of a cottage of the deserved judge were conducted with a board of the aircraft, notes agency znak.com.

At the beginning of February of the current year врио Boris Dubrovsky declared the governor the intention to sell expensive car in service. Service cost 30 million rubles a year.

According to data of regional fund of property, balance cost of the helicopter makes 247,2 million rubles, before planned repair he should accumulate even more than 3 thousand flight hours. That is to aircraft measures the helicopter is «in the deep childhood».