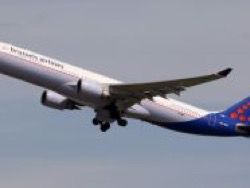 At the international airport of Brussels the airline A319 plane «Bruxelles airlines» crash-landed with one working engine.

When the plane flew up from the Bruxelles airport, a migratory bird tightened in the engine because of what it refused, the Belgian newspaper Het Laatste Nieuws reports.

The aircraft went to Venice. The captain of the plane told to 120 passengers who were onboard that the liner should return to the airport of Brussels because of a technical problem. So it could avoid a panic among passengers.

During a crash landing nobody suffered.

At the end of October the Boeing plane which flied from resort Sharm el-Sheikh to Moscow, under abnormal condition sat down in Vnukovo. At the aircraft at take-off on one of racks of the chassis the wheel burst. Suspicions about existence of malfunctions arose at pilots right after a liner departure from Egypt when the staff of the Egyptian airport found the tire remains on a runway. Passengers learned about existence of problems from the Orenburg Airlines airline plane only when saw to Vnukovo three fire trucks.