The Mexican military helicopter fired at frontier guards of the USA 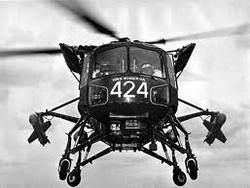 The Mexican military helicopter on the night of Thursday intruded in air space of the USA and fired at the American frontier guards. About it reports Tvrain.ru.

Then it was developed and departed back towards Mexico, reported local TV channel KVOA News 4.

As a result of incident nobody suffered. The Mexican party apologized for the happened. Incident investigation is begun.