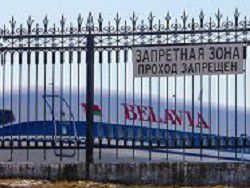 "Victory", probably, will win the whole world and will eclipse Ryanair and Wizzair. But hardly it will fly to Minsk. To declare Belarus the first international direction was a big marketing error of the Russian loukoster. Here, to Belarus, those who offers lower tariffs, than the Belarusian airline monopolist "Belavia" do not fly. Them simply do not start up on the Belarusian market.

One of these days the representative of "Victory" declared that the Minsk airport refused to provide to the Russian loukoster slots, and offered huge tariffs for service. The next day the representative of the press service of the Minsk airport disproved this information, having emphasized that the airport with "Victory" did not conduct any negotiations: «As of November 12 the National airport "Minsk" and JSC Pobeda Airline did not carry out any official negotiations on tariffs for land service of aircrafts».

The press service told to journalists that on October 30 "Victory" really addressed in the airport with inquiry about granting slots during the period from November 20 to March 26 next year and the organization of daily flights on a route Moscow – Minsk – Moscow. In reply the management of the airport sent the message with explanations that for service of regular flights of foreign carriers department permission on aircraft of the Ministry of transport and communications of Belarus is necessary. And on November 10 to Moscow the draft of the standard agreement on land service of aircrafts at the Minsk airport was sent. And more than any negotiations with the Russian loukoster it was not conducted.

By the way, the head of department of aircraft of the Belarusian Ministry of Transport Vladimir Kostin declared to journalists that only on November 11 "Victory" sent a request for permission of flights to Minsk and a package of documents which will be considered regularly. It seems that businessmen and officials just a friend of the friend did not understand. The Pobeda airline operated by a principle «give us slots – and we will pay». And in Belarus money to pay not so simply: for this purpose too many agreements, permissions, visas, stamps and the seals are necessary. And each flourish is considered not less than a month. So for that time while the Belarusian ministry will banish the Russian documents through all departments and sections, flight to Minsk can appear irrelevant.

However, Belarusians already mastered long ago the next airports. As neither Ryanair, nor Wizzair, other European loukoster could not break through on the Belarusian market, Belarusians use departures from Vilnius, Kaunas and Warsaw. The high-speed train Minsk – Vilnius goes two and a half hours. And from the Vilnius airport it is possible to depart anywhere. And if weeds Minsk – London – Minsk with the only thing in the country an air carrier of "Belavia" will cost at the best 300 euros, from Vilnius to fly to London and it is back possible for 80 euros.