VKS of Russia destroyed in Syria 500 refuellers of YOKES 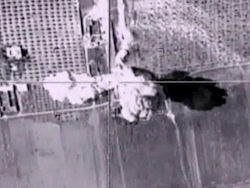 The Ministry of Defence of the Russian Federation reported about operation in Syria during which the Russian bombers destroyed about 500 fuel trucks belonging to terrorists ИГИЛ*. Putin spoke about it «the oil pipeline on wheels» at G20 summit.

For fighters of YOKES the Syrian oil – the main source of the income. Holding an oil field of a bolshy part of the country, terrorists send raw materials to Iraq where it is processed and comes true in the world market.

In the General Staff of Armed forces of Russia declared that VKS planes for some days destroyed near полутысячи such refuellers.

It is remarkable that on November 16 at G20 summit Vladimir Putin showed to colleagues on "twenty" pictures of columns of fuel trucks of IGIL which have been stretched on tens kilometers. The president urged colleagues to stop trade in oil from terrorists.

– Only for the first some days are destroyed by aircraft of about 500 fuel trucks. It essentially lowered possibilities of fighters on illegal export of energy carriers and, respectively, their income of oil smuggling, – told the chief of the Head operational management of the General Staff of VS of Russia of general colonel Andrey Kartapolov.