Whether the probability of accident depends on age of the plane? 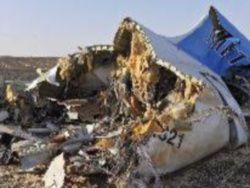 In total to the Russian aircrafts with June 12 of the 1991st year occurred 167 incidents which have entailed death at least of one person. Was lost in them 2 431 persons. If to reject demonstration, administrative, cargo, test and other flights, having left only passenger traffic, there will be 41 cases and 1 777 victims. If to exclude incidents with helicopters, incidents will be 35, and victims 1 752.

When people speak about statistics of accidents, such incidents they and mean – occurred during passenger flights on which it is possible to buy the ticket.

And as soon as there is the next accident, the tsunami of publications and performances on TV about an avia stuff, the killed flying troughs – a pier rises when at last all these second-hand articles will send on a dump? After all with it, in widespread narrow-minded opinion, accidents also occur.

But here I downloaded the fullest base about aviation incidents with planes of the Russian airlines, kindly provided by a site www.airdisaster.ru. Also analysed, whether really with age the plane the probability of its hit in accident grows?

And here that left. I took those 35 incidents and by simple arithmetic calculations found out that the average age of the plane at the moment of accident – 16,4 years. On either side of from this figure number of victims the identical.

That is their maximum number is the share of planes from 10 to 20 years old. But in these limits there is middle age of vessels maintained by the Russian airlines.

That is more often those aircrafts which the Russian airlines simply have more get to alterations. And any dependence of a katastrofichnost on age of the plane it is not observed.

But why to take all these incidents? It is clear that when, for example, the terrorist blows up the plane, the last of what he thinks, it is age of the aircraft. It is meaningful to consider only those cases in which equipment refusal took place. And "blamestorming session" given by me visually breaks arguments of those who reduces all our flight incidents to the plot theory. An airline pier, to please to the government, hide from us the true reason of the accidents sitting at the age of the Russian fleet.

In addition I made calculation only for those failures on which as at least one of the reasons of incident specified «equipment refusal». And in this case average on victims the age of the plane became even less – 13,7 years. And any increase in number of victims with increase in age of planes of the Russian airlines it is not observed.

That is from what party look – there is no dependence between age of the plane and probability to be lost in a plane crash.

By the way the percent of victims in the incidents, one of which reasons was equipment refusal, makes only 11,4. 88,6 % of incidents with planes of the Russian airlines which have entailed death of passengers, occurred for other reasons, the human factor is basic of which.

I do not understand, why so simple calculations were not reached by our TV-experts and deputies, scandalous, slightly that, about «flying troughs». Or to it safety of our aircraft in general is indifferent – and it is necessary to dance only on air on bones of the next victims for the sake of own advertizing?