Psychologists work with relatives of victims of plane crashes 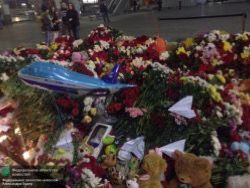 Five brigades of an emergency medical service work with relatives of victims of plane crash А321 in the Petersburg mortuary where identification procedure begins, told to journalists during a briefing the representative of operational staff.

«The psychological assistance will be rendered by psychologists of the Ministry of Emergency Situations, these are the most qualified experts», – he told.

At present all bodies of victims in a plane crash over the Sinai Peninsula which arrived to the Pulkovo airport this morning, are delivered in a mortuary.

The board of the Ministry of Emergency Situations with remains of 144 people arrived to Petersburg early in the morning Monday. In total victims of the plane crash, in the morning on October 31 with the Kogalymavia airline Airbus A321 liner, 224 persons became occurred. Among passengers there were 147 Petersburgers and 44 inhabitants of the Leningrad region.