The Iraq helicopters struck blow to terrorists in Syria 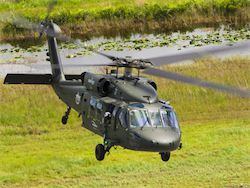 "The army struck blow to a column of fuel trucks in the Syrian territory in attempt of penetration into Iraq for the purpose of providing fighters of group "The Islamic state of Iraq and Levant with" fuel", – quote foreign mass media of the representative of the Ministry of Internal Affairs of Iraq Saada Maan.

Let’s note that it is the first case when the military personnel of army of Iraq performs fighting operation in the territory of the next Syria. Thus actions of Baghdad were not coordinated with representatives of the operating Syrian authorities.