ODK and Turbomeca concluded the agreement on partnership 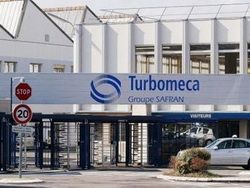 This document confirms interest of both parties in development of long-term partnership and lays the foundation for strategic cooperation in the field of creation and production of the perspective power plant for the helicopter of new generation – the PSV/RACHEL perspective high-speed helicopter developed by holding «Helicopters of Russia».

Possessing unique competences of the sphere of development, production and service of helicopter and aviation Turbomeca engines and JSC ODK are aimed at development of fruitful relationship in interests of development of modern aviation equipment on the basis of exclusive experience and a rich scientific and technical reserve which the companies have.

Let’s remind that before ODK and Turbomeca concluded the agreement, according to which all works connected with routine maintenance and overhaul repairs of helicopter Turbomeca Arrius 2G1 engines, established by the new easy Ka-226T helicopter, and Ardiden 3G intended for the perspective average Ka-62 helicopter, will be carried out on JSC Ural Civil Aviation Works (enters into ODK) on the basis of the license agreement.