The pilot stole the helicopter after quarrel with the wife 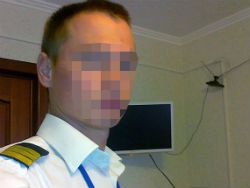 In the sky it frightened of the drunk bends inhabitants of two villages.

As "Komsomolskaya Pravda" – Irkutsk reports, criminal case is directed to Krasnoyarsk regional court concerning the former second pilot of Turukhan airline. Accusation under article 211 (stealing of a vessel of air transport) is brought to it.

Let’s remind, on June 6 about 23.00 hours inhabitants of the village Turukhansk and the next Farkovo were outright alarmed flights of the strange helicopter: it too low flied over the earth, constantly turned over houses. People would be disturbed even more, knowing that behind a steering wheel there is a pilot drunk as a cobbler. Fortunately, everything managed. But only not for the pilot. The investigation during which became clear was begun that the fan of height flew on the whole criminal case.

First, it was drunk in the airport, and, having used the business card, passed on parking of aircrafts. Secondly, a metal breakage it brought down the hinged lock on a door of a cabin of the helicopter and soared up on it in the sky. Thirdly, the whole hour turned the "mad" helicopter at small height and made chaotic maneuvers over houses. Fourthly, total amount of the damage caused to airline, made over 200 thousand rubles.

– It is established that commission of this crime became possible in view of rough violations of requirements of the legislation on transport and aviation safety at the airport Turukhansk: the staff of service of aviation safety did not provide observance of requirements of a throughput mode in a controllable zone of the airport, and also aircraft protection, – told in the press service of the West Siberian transport prosecutor’s office. – Based on the results of testing transport prosecutor’s office to JSC Turukhan Airline and FKP management «Airports of Krasnoyarya» (the owner of the Turukhansk airport) ideas of elimination of the revealed violations of the legislation of the Russian Federation of transport safety are brought.

Now the guilty staff of service of aviation safety is dismissed from posts. To airline and the airport administrative penalties – 50 thousand rubles to everyone are appointed.

Concerning responsible for "celebration" – the former second pilot – to criminal case administrative production on ч.7 by KOAP Russian Federation Art. 11.5 (deprivation of the right of management by the aircraft from 2 to 3 years) was added also.