Ingosstrakh called the sum of payments to relatives of victims 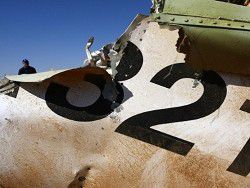 Insurance companies will pay to relatives of the lost passengers to 2,15 million rubles, families of crew members can count on payments of not less than 1 million rubles.

In insurance company reported that close relatives of victims in accident over Sinai will receive not less than 2,15 million rubles. The crew was insured in SK "Alliance" on 100 thousand rubles everyone.

In "Ingosstrakh" specified that 2 million will be paid according to the law on the minimum insurance payments. Besides, about 50 thousand are paid as compensation of funeral and luggage damage. The director of the company on Karen Asoyan’s public relations noted that the management of "Ingosstrakh" made the decision to pay on 100 thousand rubles for each victim for urgent needs. This sum will be paid over obligations of the insurer and in the minimum terms. So, Asoyan emphasized, the first citizens who have addressed in office of SK on Monday, will receive this sum on Tuesday, thus from documents at them will ask to show only the passport.

The crew, according to the law, was insured on 100 thousand rubles, however their relatives will receive yet less than 1 million from Social insurance fund of Russia. Except the single sum, children of victims will be granted the monthly allowance paid also from fund. Its size will be established according to an average salary of the lost supporter.

About insurance payments in favor of "Kogalymavia" for airliner loss in "Ingosstrakh" do not report, referring to a trade secret. However experts declare, referring to world practice that payments can make from 600 million to 1 billion dollars.