75-year anniversary of the producer of planes and helicopters

Posted by admin in Aircrafts on January 2, 2016 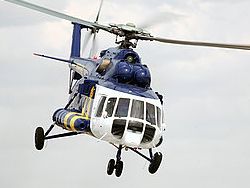 The holding press service reports about it. «Today we celebrate anniversary of the unique enterprise, the unique plant in our country where were excellent mastered the production technology and planes, and helicopters. In 75 years of activity more than 8 thousand various aircraft here were constructed, – the director general of holding «Helicopters of Russia» Alexander Mikheyev told in the address. – U-UAZ occupies one of key places in the Russian vertoletostroyeniye. The enterprise continues to develop successfully: for the last five years the number of let-out helicopters increased twice, volumes of their sales, spare parts and services – more than four times. On behalf of staff of holding «Helicopters of Russia» I congratulate U-UAZ on anniversary! I wish to staff of the enterprise of a good health, optimism, inexhaustible energy and further successes!».

The history U-UAZ began in 1939 with creation of aircraft repair plant No. 99 in Ulan-Ude where repaired the fighters I-16 and SB bombers. In the Great Patriotic War the plant let out various models of fighters. In 1956 the new significant page in the history of the enterprise opened – at the same time with planes production of helicopters began. Coaxial helicopters of development of Kamov design office – Ka-15, Ka-18 and deck Ka-25 became the first mastered models. In 1970 U-UAZ started production of the most mass in the world of the Mi-8 helicopter created by experimental design bureau of M.L.Milya. Become legendary "eights" were issued here in the most different options and were delivered to many countries of the world.

In the nineties the enterprise started production of the upgraded version of the Mi-8 helicopter – Mi-8AMT/Mi-171, and then the military transport Mi-8AMTSH/Mi-171Sh helicopter. These helicopters are taken advantage in a number of the countries of South East Asia, the Middle East, North Africa, Latin America, Eastern Europe, CIS countries. In total U-UAZ constructed over 4000 helicopters of the Mi-8/17 type of various updatings for domestic customers and for export. U-UAZ is the modern hi-tech enterprise which lets out about 100 helicopters of the Mi-8/17 type in a year, actively modernizes production and invests in social projects. U-UAZ – the city-forming enterprise on which work the social and economic development of the city and the republics depends.

"In 2013 the sum of the taxes paid by the enterprise in budgets of different levels, made about 4 billion rubles. The sum of payments of the consolidated budget of the Republic of Buryatiya increased in comparison with 2012 more than by 1,5 billion rubles and made about 2,7 billion rubles. At plant more than 6,5 thousand people today work. Realizing all importance of realization of a state program of development of arms, U-UAZ effectively carries out state defense order, and some parties of helicopters are delivered with a considerable advancing of terms. Under contracts with the Ministry of Defence of Russia U-UAZ delivers military transport helicopters of the Mi-8AMTSh series and conducts preparation for production of their upgraded versions. Together with it the plant makes helicopters for export. For example, in July, 2014 the enterprise finished delivery of big party of Mi-171E helicopters under "Rosoboronexport" contracts to China", – told in the company.