The operation Punishment in Syria: on air warehouses 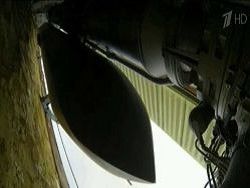 The Russian aircraft in Syria within the operation "Punishment" strikes new massive attacks to the armed formations of terrorists. The purposes in Rakk’s provinces, Deyr-ez-Zor, Idlib, Aleppo are struck. Fighters of "The Islamic state" as a result lost several large objects.

Thus the Ministry of Defence of Russia strengthened maintaining all types of investigation in the Middle East region, including space. As speak in military department, it allows to beat on positions of terrorists in real time.

"From the territory of the Russian Federation strategic rocket carriers of Tu-160 carried out start-up of 12 cruise missiles of air basing on objects of IGIL in the provinces of Aleppo and Idlip. Three command points, two warehouses of arms and ammunition, field camp of fighters are as a result destroyed. 59 fighting departures are executed, 149 objects are destroyed. The squadron of distant bombers Tu-22M-3 struck the second concentrated blow to the next six objects of fighters. The purposes this time is the communication center, a warehouse of ammunition, miniplant on production of the explosives, the mined cars, and also bases of preparation of fighters", – the chief of the Head operational management of the General Staff of Armed forces of the Russian Federation Andrey Kartapolov reported.