We unique who independently builds the plane 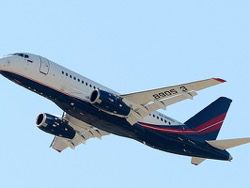 The firm Dry, traditionally known by the warplanes, in the 2000th years decided to test in sector of civil aviation. So there was Sukhoi Superjet (SSJ-100). These planes are already maintained, however the project will develop and further. Questions "Lenty.Ra" of prospects of development of SSJ-100 family were answered by the deputy chief designer of the car Alexander Dolotovsky.

The history of the car totals some years, there is a certain reputation and prospects. Let’s talk about why the plane as a result became such, and about what it can become further. When to wait options of the car of the increased capacity and whether there is a probability of an exit to the market of cars of smaller capacity – on 65-75 places?

Alexander Dolotovsky: Let’s begin with the end. The plane reflected at the very beginning of the 2000th years in other conditions – cheap oil and smaller operational costs. It was supposed that the new family can close all range from 60 to 100 places, however further the situation changed.

With a rise in prices for oil and increase of expenses in a range to 80 places there were more favorable planes with turbo-propeller engines. In a class of turbojet regional cars, on the contrary, there was a center of gravity in a range of 100-120 places. It as a result led to a choice as the main RRJ-95 option capacity in 98 places and more. Reflected and on creation of more capacious car.

The SSJ-NG plane was planned as the 130-seater car with range of flight to 5,5-6 thousand kilometers. He should solve a problem of insufficient commercial loading of medium-haul cars capacity of 150 and more places which in the conditions of not too high Russian passenger traffic considerably gave in economic efficiency. Thus at a full load many-placed cars it is more favorable – the income from each busy passenger seat grows quicker, than operational costs.

Why the SSJ-NG project closed?

We create the commercial car for sale it in the market. Further changes of an economic situation led to what to create the new plane of the necessary cost of operation it would be almost impossible. As a result in 2013 the project was frozen at a stage which were not demanding big investments. 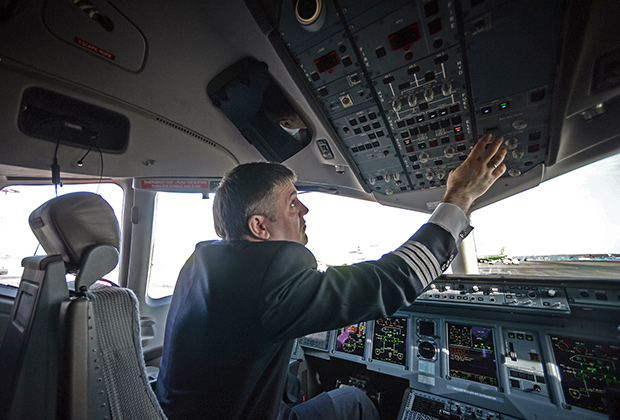 Nevertheless dimension from 120 places and above is still interesting, especially if this car is created as the member of SSJ family, with the same power plant, close on a design, maintained from the same VPP. We keep within these parameters, the car will have take-off weight some more than 55 tons. We will receive the family closing a range of capacity from 90 to 120 passengers.

It will give to airlines the car, capable to work on an available passenger traffic wholeheartedly, avoiding such doubtful methods of strengthening of loading as, say, reduction of frequency of flights. Doubtful first of all this decision in itself attracts further recession of a passenger traffic: without having possibility to depart in the necessary day, citizens look for other options – a train, the car, the bus and so on.

At what stage there is a project?

In the western ideology of design is Gate 3, in ours – creation of the outline sketch. We assume that the car can leave in operation by 2020, in at one time with the E2 series of development of Embraer. The market of regional cars is rather capacious, on a forecast it will contain about 3000 cars till 2031, and SSJ as along with Embraer and the Bombardier S-series can count one of three main players on a share in 600 planes. The others… China, apparently, refuses development of the ARJ-21 project which obviously "did not go", the Japanese MRJ project – the uzkonishevy car, very easy, small capacity, for the specific North American market of regional transportations and a part intra Japanese.

We have a possibility to provide sufficient economic efficiency of the car on an available platform with small completions on a glider and the power plant that will give moderate cost as development, and operation. In principle similar completion became possible thanks to an initial successful choice of parameters of the car at SSJ project creation.

Explain it in more detail.

We from the very beginning did the plane, the most approximate on ideology to medium-haul cars of A320 family – and from the point of view of management, and from the point of view of feelings of the consumer. Probably, one of the main achievements of the project is the successful choice of diameter of a fuselage: on convenience to the consumer of SSJ it is approximately similar to medium-haul cars that also it is very important.

Researches of the market show that if the medium-range aircraft and a classical small-sized regionalnik works at the same line, passengers prefer the first option – because of bigger convenience. "Superdzhet" gives comfort level on placement of passengers and hand luggage in salon similar to the medium-haul car, thus it is more compact – I will remind, the scheme of placement of passengers among – 3+2 instead of 3+3, but the width of pass, chairs and capacity of luggage shelves are identical to medium-range aircrafts. 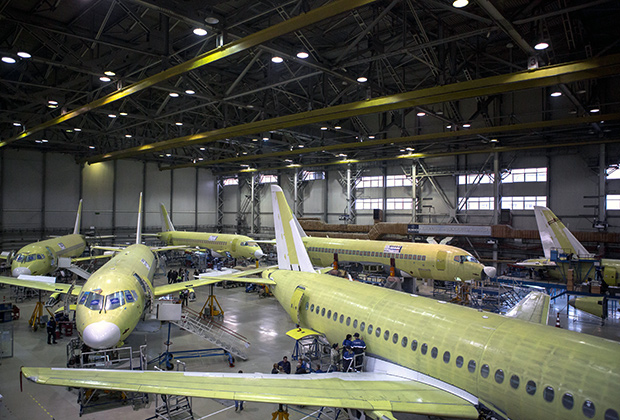 The key moment of ideological similarity of SSJ and cars of A320 family is the approach to the management which main way there is a development and correction of flight plan, level of automation and in principle the cheloveko-machine interface, initially and purposefully adjusted under А320. As a result now the pilots prepared on А320 and "Superdzhet", can operate both types of planes after the minimum retraining.

What were motives of such choice of ideology?

The plane was initially created under market requirements. We regularly acquainted with the project focus group in which representatives of the most dear carriers – as foreign were included, and ours. Reaction of this focus group showed, what exactly this ideology is the most demanded, as predetermined our choice.

The SSJ project was created in cooperation with Boeing?

Let’s specify terms: the contract with Boeing assumed development consultation from their party. If to simplify, we during these consultations protected the decisions, answering the questions which by Boeing put before team of designers "Dry". The main contribution of Americans is not any concrete technical solutions, and mentality change. I will remind: "Dry" never did civil cars earlier, and Boeing helped us to look at many things on the other hand.

Other approach to development. Traditionally we got used to work for the specific customer – one figure that allows to correct on a course of work and the project, and the specification. The approach should be changed: we develop the car for the market, it is thus obvious that to be pleasant everything is impossible. As a result we should make decisions which with the greatest probability will appear accepted for the maximum number of participants of the market.

It became, in particular, the reason of why at consultations of Boeing we chose the European approach to cabin design. Americans, of course, defended the ideology, proving advantages of traditional configuration of a cabin with a steering wheel (thus a cabin, of course, "glass", but nevertheless). We chose Airbus way, a cabin with the lateral handle – and it is an important question, it for decades defines development of family of cars as this approach appeared more attractive to carriers. It is enough to look at market shares of planes of family A320neo and B-737NG.

Now, in the conditions of sanctions and import substitution, what prospects of localization of the car?

For a start let’s note that "purely national" civil planes in the modern world are not present more. And if to compare, SSJ localization in Russia more than at Boeing in the USA, Embraer in Brazil and Airbus in EU – we, in general, unique who independently builds the plane, – I will remind that all other called firms do abroad essential parts of a glider.

Localization for some reason like to compare in monetary indicators that is incorrect. It is necessary to compare a branch and expense involvement in человекочасах, and here the main part falls to the share of Russian producers.