Men refuse to fly with me 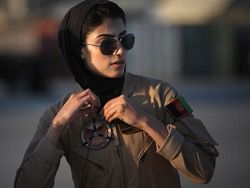 Nilufar Rakhmani 23 years, but to this age she was in time much: in 2012 became the unique female pilot in the Air Force of Afghanistan as the most brave woman of the world got the premium International Women of Courage Award from hands of the spouse of the U.S. President Michel Obama in the 2015th, outright angered Talibs … So exclusive for the inhabitant of the Middle East career generally the western mass media before admired, but now, seemingly, its uniqueness is ready to recognize and all Arab world: the big reporting on the woman-pilot was published by Al Jazeera. By the International day of tolerance celebrated on November 16, "Lenta.Ra" collected the most interesting facts about one of the brightest representatives of the modern Islamic world.

«I think, all were going to look at my first flight to see, how I will bungle, or perhaps even I will break», – remembers Rakhmani the debut behind Cessna 182 steering wheel. Flight passed faultlessly.

Father Nilufar was a pilot, and the sky since the childhood admired the girl. It in general always was brisk: having for the first time swept on a roller coaster, did not burst into tears, as the sister, and was delighted with speed and feeling of a separation with the earth.

Rakhmani admits that during two-year study on courses of the male colleague treated it not too kindly: business did without open insults and a harassment, but there was a lot of whispering behind the back, gossips about immorality and the general feeling that all wish it a failure.

Cessna 182 – the small plane of general purpose – at all was not a limit of dreams Nilufar. She would like to pilot larger military air a vessel, and after an additional course of training to it entrusted C-208.

It is forbidden to female pilots to transport wounded soldiers, but, having mastered C-208, Rakhmani first of all broke the order and delivered affected hostilities in a zone in hospital, and on non-compliance with the charter reported backdating. On it did not begin to impose disciplinary penalty.

After educational flight on small Cessna 182 Rakhmanis were photographed by someone from the foreign colleagues who have arrived on examination. The picture got to social networks, and Nilufar in a moment became known all over the country – and not in the most positive key. 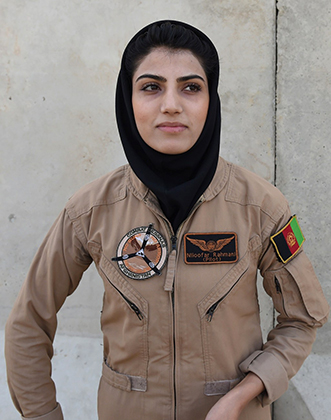 The picture on which the girl notes successfully passed examination with the American female colleagues, seemed to the Afghan users of social networks unbridled, Internet trolls called the newly appeared pilot the alcoholic and the prostitute dishonoring Islam. The photo acquired improbable hearings, and soon even those who did not see it, were sure: in Rakhmani’s shot was at all with women, and with foreign men who whether pumped up Nilufar alcohol, whether christened it …

Nilufar became the female pilot of the aircraft first for 30 years with a motionless wing and the first since Taliban falling by the woman in the Air Force of Afghanistan. But not all who learned about it, felt delight. To the girl and her close relatives punishment threats – from radical Islamists and conservative-minded relatives and acquaintances began to arrive: the phone calls thrown to doors of the letter.

Nilufar and its native was necessary to move several times, after all they had no bases to believe that threats were empty. But despite moving a family tracked down, and everything began anew.

«The worst in they be threats from distant relatives. They as a shadow which always with me», – speaks to Rakhmani. Her father lost work; colleagues shamed him, saying that the daughter disgraced it. At the brother Nilufar shot, when it late came back once from university.

When Rakhmani asked the help and for suggestions the management in the Air Force, they only shoulders reaped: «You knew that so will be, knew our society and all the same arrived, as arrived. And now there is that occurs, and we can do nothing – you should take care of yourself». After conversation with seniors on a rank captain Rakhmani cried in embraces of mother.

Armed forces of Afghanistan almost are completely financed today by the United States. Generous grants have a number of the conditions, one of which – in army there should be more women. Initially the USA insisted on that not less than ten percent of the military personnel should be women. It more than, for example, in Norway or Denmark, but is less, than in States (there 15 percent). 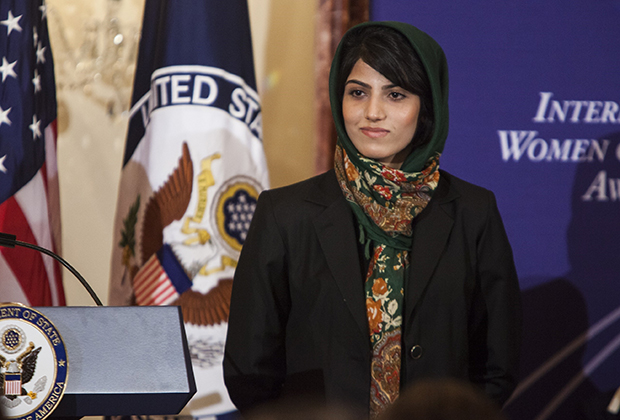 Now sponsors from the USA persistently convince the Afghan partners that in ten years in army of the country there should be at least five thousand women. While their less than one thousand, from them only 50 serve in the Air Force (but not as pilots of aircraft with invariable geometry of a wing, as Rakhmani). Many girls finish courses, but under the pressure of society and a family refuse idea to serve the homeland.

«Some men in Afghanistan perceive that fact as a personal insult that female military perform man’s work», – the American official, wished to remain the unknown, in Al Jazeera interview expressed opinion.

Except Nilufar in the Afghan Air Force there is one more girl pilot of the military plane, but her name is known to nobody: she took care of anonymity. For Rakhmani all solved a case, but now she and does not want a privacy. It has pages in Facebook and Twitter, it is considered the activist of movement for the rights of women and is despite of everything sure that sometime in the Afghan Air Force there will be more girls.

«Other women will follow me», – Nilufar speaks. The idol she calls a desantnitsa Katul Mokhammadzay – the most known woman in national military aircraft which joined the ranks of army of Afghanistan during a "communistic" era. Once two women-pilot could meet: Rakhmani came on a visit to the elderly colleague to Jalalabad; that strong embraced the girl and told that very much of it is proud.

About colleagues, friendship with women and love searches

The majority of girlfriends Nilufar – foreigners with whom she got acquainted during study. At Americans and Englishwomen the girl picked up slangy words, the western girlfriends impose it the free-thinking.

The relation of the male colleagues and the administration to Rakhmani very slowly changes for the better. Its duties include, in particular, transportation of the high-ranking military and officials on the country. The captain admits that many male passengers first expresses indignation, having learned that behind a steering wheel there will be a woman, and refuse to fly. 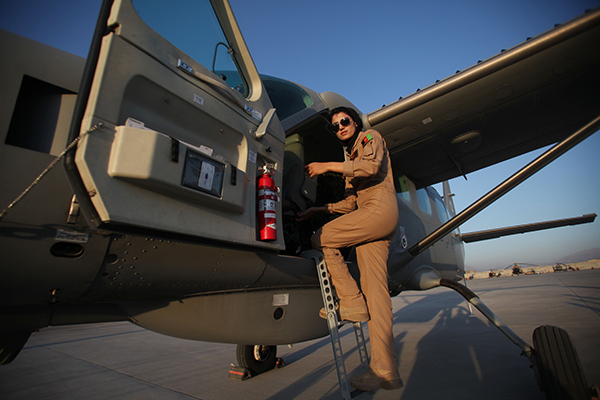 «I try not to be upset: they simply never saw before the female pilot. Simply I speak:" The sir, the plane is ready, we take off in five minutes"», – Nilufar tells. As flight always passes without a knot and a zadorinka, with pleasure adds Rakhmani, many passengers apologize then, recognizing that were unfair to it.

Nilufar does not think yet of the relations with men. «Frankly speaking, I met too many bad, disgraceful men on work. To any of with whom I communicated as obliges, it not wanted to trust in me, they did not seem to me good people. I while have no thoughts on romanticism», – the girl speaks.

In public Rakhmani always carries a false pomolvochny ring – as protection against any stickings. She even told to some acquaintances that it has a groom.

By words Nilufar, a place where she really forgets about all difficulties is a cabin of the plane: «When I in air, I feel, how all gloomy thoughts disappear. It is the real freedom».