China will let out the assault helicopter of the 4th generation 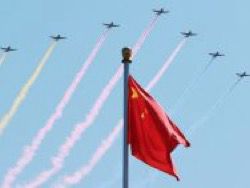 China started development of the new assault helicopter of the fourth generation which should arrive on arms of army of China by 2020, the China Daily newspaper with the reference Aviation Industry Corp of China (AVIC) writes.

China confirmed for the first time that develops the helicopter of new generation. The company published information on the helicopter in the media brochure on opened on Wednesday in Tianjin to an exhibition of helicopters.

Whether head of AVIC Tszomin noted that the new helicopter will possess "a small visibility" and will change models of conducting fight by land forces".

"Land forces become more and more dependent on fighting helicopters at which shock possibility and mobility is better, than at armoured equipment and which can deliver in short terms necessary supplies to border troops", – the newspaper Li Tszomina quotes.

Meanwhile the main designer of helicopters at the Ministry of Defence of China noted that the new aircraft also will possess "supermaneuverability under trying conditions, high invulnerability and possibility of conducting joint operations", the newspaper writes.