The old plane — nonsense, pilots think – there was an attack 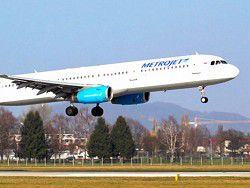 In spite of the fact that the main version of crash of the Russian plane of the Kogalymavia company flying from Sharm el-Sheikh to St. Petersburg, technical malfunction is, skilled pilots doubt it. Why – found out Federal news agency.

How it became clear that Airbus-321 suffered accident in Egypt, experts started to build theories concerning an event. It is natural that before data acquisition of flight recorders and the careful investigation, it is impossible to reject any of versions. However, already now there are some facts to which it is necessary to pay attention.

So, many focus attention that the plane was put in operation in 1997 and during this time it five carriers owned. At first a board «Malaysian airlines» owned. In six years the plane was bought by Turkish Onur Air. In 2007 the liner was in rent at «Airlines of Saudi Arabia», and then till 2012 was again used Turkish carriers. Since 2012 the board belonged to "Kogalymavia".

In total plane stayed in operation of 18 years. Whether age it for the plane? To understand it to us the president of the Russian association of pilots and owners of aircrafts Leonid Koshelev helped.

«Yes there is nothing to speak here. For some reason conversations on age are conducted only in Russia! If in the USA, for example, you set such question, people at all will not understand, about what you ask. Now such planes that 100 years can and to fly! So 18 years for the liner it at all the age», – told the expert.

Our interlocutor and that technical malfunctions took place doubted. «It is necessary to understand that when the plane on an echelon (that is already gained height and headed – the Editor’s note) almost never happens nothing, all problems occur either at take-off, or when landing. And business usually not in equipment, and in a human factor, in human hands», – was explained by the expert.

It also called into question assurance of representatives of "Kogalymavia" that the crew in no way is not involved in crash. More precisely, noted that the argument about experience of the pilot is not powerful. «Usually after all pilots also do not undertake anything. Flew up and then you sit some hours. And especially those who all life stayed in a cabin, relax… Supposedly can already occur nothing», – Koshelev shared opinion.

The expert emphasized that after all the majority of pilots find strange the version about technical malfunctions. Pilots and from its Association so consider. In the organization at the moment just there takes place conference and pilots, naturally, discuss an event. As our interlocutor noted, they agree in opinion that crash is not similar to any breakage. The majority of them consider that the Russian liner was attacked.

While technical malfunctions after all remain the main version of accident of the Russian plane. Thus the Egyptian cell of «The Islamic state» (it is forbidden in Russia by the decision of the Supreme court) already assumed responsibility for its crash. However, terrorists published video feykovy that forces to doubt their participation in the tragedy.