Difference between the conflict and war 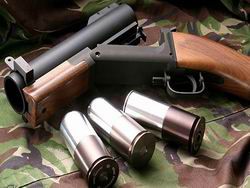 I have no bases to doubt that version of a boyestolknoveniye under Volnovakhoy who is published on behalf of Strelkov.

I have no bases to doubt that it is the version from Strelkov. In it there is nothing that would cause my suspicions.

That valorous укры also поутюжили it from above by helicopters only adds paints.

The version about Dogs crumbled not wishing to shoot conscripts propaganda is beautiful, but if it does not represent the facts – advantage of it a little, and harm can be much. Therefore it is better not to duplicate it.

That much inconveniently from the thought that the group with our party could crumble a "peace" Ukrainian post – quite naturally.

But here also it is necessary to make some important psychological explanations.

Lately we got used that on Donbass shoot. Some even are entertained by calculation of victims from all directions in particular from the Ukrainian. But psychologically everything passed it easily as looked so: "укры attacked, are not able to be at war, valorous strelkovets crumbled them having got off with small losses".

Rolls grow on trees, and the Ukrainian losses are formed by itself.

It everything certainly does not load nervous system, but it – not war. So, conflict of small intensity.

War is activities for systematic destruction of persons dressed in a form of the opponent.

Such people in the right of war are called as combatants. They have the right to kill other combatants and are the legitimate purpose for destruction – whether regardless of that they shoot at present and whether have control over the weapon.

Rebels, under the international conventions, have absolutely equal status of combatants. They wage emancipating war with all its classical signs, including even the taken place self-determination on a referendum.

To kill unarmed not combatants is war crime. To kill combatants of the opponent a crime only if they were given in captivity and this delivery is already accepted.

And so, war pretty often consists of murder in anything not guilty and anything to you bad not made children only that they are dressed in a form of the opponent. Observance of laws of war consists in killing them and only them, not to scorch on civil, not to fire at houses from guns and тд

Any "our post with their post agreed each other not to shoot" in the war does not happen. If before you armies in the form of the opponent and they do not give up – shoot. In total.

Thus sometimes, of course, the dehumanization of the opponent is in the war admissible – that is it is possible to build up promotion so that each soldier of the enemy was considered as the criminal and the enemy ("Kill the German!"). But as a whole it is undesirable just because pretty often it is necessary to kill those who any villain is not. And here can wake up either unnecessary humanity, or unjustified cruelty: "you are guilty, I mean you I will kill and skin I will tear off".

War by rules consists in starting to shoot the first and to put a damage maximum to the opponent before he took up arms – therefore pretty often attack on sleeping, washing in a bath, beat from an ambush and surround from the back. Not to show any pity. But, thus, not to kill civil if these are not armed guerrillas and not to torment the opponent – any tortures, cuttings of ears, executions captured and other nasty thing and revenge.

To do the same as I. I from first days of this war urge not to allow developments of revolt into civil war, to enter peacekeeping forces of Russia, to apply a superior force. And then all these horrors of war will not be. "War" of Russia and Ukraine will last 24 hours. Novorossiya’s war and Ukraine can last for years – as in Bosnia – can finish the parties to exasperation and crimes, before serious psychological shift and sufferings of civil people.

Negotiations any will not be. Capitulation is impossible – simply thousands supporters of Russian Spring then will be lost. The only way means to avoid long and bloody war duly – the peacekeeping operation Russian Federation.

If you do not like national emancipating wars – demand input of armies of Russia. If you against input of armies, do not complain that war risen with butchers from the Ukrainian national guard looks not always as on the picture.

I always was for active actions of Russia and for this reason I am considered as a hawk though upon I am the peacekeeper.

But if Moscow is afraid also a choice only between Novorossisk war and defeat of Russian revolt, yes, certainly I for war. And at war the rules.

Egor Kholmogorov, editor-in-chief of a site «the Russian Observer»