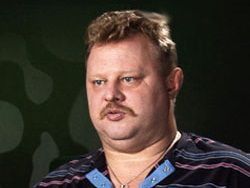 This week the expert community actively discussed two aviation news. The first is the information sounded by Deputy Prime Minister Dmitry Rogozin, on probable restoration of production of the only thing at present the Russian shirokofyuzelyazhny plane of Il-96 family.

At the beginning of 90th Il-96-300 was one of the most modern liners, and Russia was going to increase their production. The state program of development of aviation equipment accepted in 1992 till 2000 for domestic airlines it was planned to construct 145 planes Il-96-300 and 530 Tu-204 planes of various updatings. Actually this quantity completely updated plane park of Russia. But the program began to dry out promptly soon. Billions allocated for updating of fleet, were simply plundered, orders were not, plants passed to piece production, and then and simply began to stop. Technological chains broke up. Adjacent productions also began to stop, and many in general stopped the existence. With huge work in 1998 the option on 20 only just certificated updating Il-96М was punched". But here burst a default and buried this program. From now on assembly of Il-96-300 was carried out only by request of various power structures and Presidential Administration. In ten years six ships were constructed – three planes were ordered by the Presidential Administration, three more were ordered by Cuba.

On August 11, 2009 head Minpromtorga Victor Khristenko made the decision on removal of Il-96-300 from production "as unpromising", having buried the project. In total for these years 28 liners Il-96-300 were constructed. Six last Il-96-300 in April, 2014 were taken by the Aeroflot company out of service and are put on "sediment" parking.

And now in the government again started talking about production Il-96 restoration. As far as it is real? The majority of experts were skeptical about this information. Unfortunately, the last modernization of Il-96-400 rose in the sky nearly 18 years ago, For these years the plane simply obsolete and cannot compete to market novelties from the Aerobus and Boeing companies. Without deep modernization the plane has no prospects, and modernization at the cost will make the plane incommensurably expensive at construction of a small series.

Information that in the spring of 2016 the first flight should make the latest Russian medium-range passenger aircraft which has received the name MS-21 became the second aviation news.

However, by more close examination it becomes clear that the project 242 of the passenger plane of the Yakovlev Design Bureau, developed in 1993 which in turn represents deep modernization of the Yak-42 plane became a basis for it. According to the characteristics Yak-242 should be intermediate between short-range and medium-range passenger aircrafts and be issued in passenger-and-freight and cargo options, besides the base passenger. In the late nineties because of financial difficulties design works on it were stopped.

In 2010 of work on the project were renewed, but already within the incorporated project the Russian aircraft manufacturing corporation "Irkut" and design office of Yakovlev. Design MS-21 is urged to provide higher economic efficiency at the expense of wide application of modern technologies: composite materials and perspective metal alloys, onboard systems and engines of new generation. MS-21 it is intended for mass transportations on air-lines where Airbus A320 and Boeing 737 planes today dominate.

Information on the first test flight was encouragingly met by expert community as development and construction terms constantly moved to the right. By initial plans the MS-21 plane should rise in the sky in 2014, and commercial operation should begin in 2016. Today it is said that mass production MS-21 will begin in 2020. Despite such inhaling, in JSC Irkut do not lose optimism. In the summer of 2013 the vice-president of the company for marketing and sales Kirill Budayev declared that "Irkut" expects to let out about 1080 MS-21 planes till 2035.