Posted by admin in Production on November 24, 2015 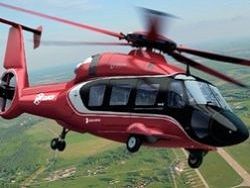 The Russian vertoletostroitelny enterprises intend to construct and deliver to customers this year not smaller number of helicopters, than last year. «I consider that the main objective is a stable production and stable orders. We assume that this year not less helicopters, than in the past» will be let out, – the director of the department of an aircraft industry Minpromtorga Andrey Boginsky declared. at the international aviation exhibition «Singapore Aero show 2014».

Increase in production in a vertoletostroyeniye not such dynamic, as in aircraft construction. «If in 2012 287 helicopters of all types, in 2013 – 303 helicopters are made. Growth small, within 4-5 %. But here and base another, it initially high», – explained Boginsky. As the main customer of helicopters the Ministry of Defence acts – nearly 70 % of let-out cars make military helicopters.

The federal target program of development of civil aircraft provides three prime projects: Ka-62, Mi-38 and perspective high-speed helicopter. «Respectively we plan that in 2015 the certificate of Interstate aviation committee on Ka-62 and Mi-38 will be received. As to the perspective high-speed helicopter, it is in development. We expect to have the first prototype in 2017-2018, and in 2019 – the certificate», – noted Boginsky.

The state program considers projects on development of easy helicopters in take-off weight of 4,5 and 2,5 tons. «While on these cars there is a discussion process», – specified Boginsky.