Pilots of thrones of the USA: we kill peace people 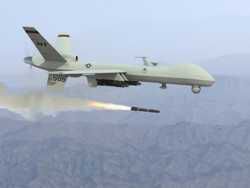 Four former pilots of the American bespilotnik wrote the open letter to the U.S. President Barack Obama, Minister of Defence Asheton Carter and the director of CIA John Brennan with the requirement to close the American program of thrones.

In their opinion, the airstrikes put by bespilotnik, force even more people to become terrorists. The letter is at the disposal of the German newspaper "Die Zeit".

As the former military write, the USA should "reconsider military tactics of application of thrones". "Eventually to us it became clear that that circumstance that we kill in anything not guilty peace people, the feeling of hatred only even more feeds, which such terrorist organizations, as "The Islamic state" use (it is forbidden in the Russian Federation. – Editor’s note). As also prison "Guantanamo Baye" serves as the tool for a set of new supporters of IGIL", – is told in the document.

"We cannot look silently on acts of terrorism like that occurred in Paris, knowing, what consequences are born by the program of pilotless thrones as in the USA, and abroad", – pilots continue.

The present and previous governments of the USA introduced, as military, "ascertain the program of pilotless thrones which became one of the most destructive motive forces of terrorism and destabilization in the world". "Besides, the American management openly lay about efficiency of the program of thrones", – military write, meaning big losses among the peace population.