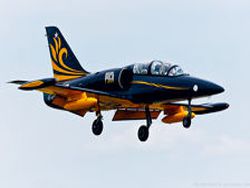 Aircraft problems in Russia disturb everyone who flies by planes. Today it is a question of development of aviation branch with emphasis on development of the Russian companies, adaptation of leading international IT solutions in the market of Russia, about import substitution in the aviation IT industry, and also about measures of the state support of import substitution.

As the member of council of Federation, the former military pilot Igor Tchernyshev believes, for ensuring transport safety and development of economy development of small aircraft is necessary. "There should be a department which is responsible for all this complex which becomes a customer for the industry, will know, how many it is necessary for us the planes, what planes are necessary to us at a certain stage of development. And here at us a big problem. We in the Federation Council listened recently to the minister of trade of the Russian Federation, and on a question, how many and what planes was let out in 2015, told that it is 40 planes, and and 40 planes which we, by and large, not so and need today. We have today a market in this regard the saturated. And those planes which are really necessary for development of national aircraft, for development of economy are not present".

According to the senator while there is no answer to questions who should order these or those planes of the industry who should pay their development. "Civil aviation – the serious locomotive of development of economy in our country. There is no such state on the card, except our country, with its climatic features, distances where the aircraft would be a vital thing. We cannot solve any question without aircraft. We have supporters of that the Ministry of civil aviation as body which would act also as the customer should be created, and would regulate the relations in system of civil aviation. This body should issue the relevant normative legal acts and as a result be responsible for everything", – Tchernyshev considers.

According to him, "in a question of ensuring aviation safety the legislation is today priority. Without creation of this body we again come to that each ministry of the direction somewhere will place commas, somewhere brackets to open or close at release of standard and legal documents, owing to fire situations. The system, comprehensive approach to ensuring aviation safety is not present. And if our people fly orderly to other countries through travel companies, the host should bear all completeness of responsibility that there occurs. Respectively, the person should not leave orderly the country in a trip if the adverse party has no insurance".