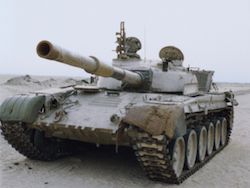 For the last three weeks the Syrian army with support of Aerospace forces of Russia released more than 50 settlements. The chief of the Head operational management of the General Staff of VS Russian Federation Andrey Kartapolov reported about it on Friday.

"In three weeks of active operations the Syrian army released more than 50 large settlements, about 350 square kilometers of the territory", – RIA Novosti news agency quotes the message of the colonel general.

According to him, actions of the Russian aircraft allowed the Syrian armies to go over to the offensive and clear of bandits considerable territories on the area in the provinces of Aleppo, Latakia, Idlib, Homs and Damascus. In this regard in a row settlements locals already started to come back.

Let’s remind that Russia strikes aviation blows in Syria, directed on positions of terrorists of "The Islamic state", since September 30. Operation VKS Russian Federation began at the desire of the president of Syria Bashar Assad.