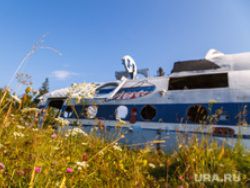 In Tuva found the Mi-8 helicopter, gone in the autumn of 2014. In the same place found bodies of 10 people who were onboard at the moment of accident. Besides, inspectors argue that on fragments of a vessel ignition traces are found.

«Fragments are found in the mountain remote district. According to preliminary data, ignition traces by the helicopter» are found, – told TASS a source in the West Siberian investigatory management on SK Russian Federation transport.

Besides, on a place of crash bodies of 10 passengers and crew members were found.

Meanwhile, as tagilsky radio fan Valentin Degteryov considers, find the helicopter could half a year ago if seriously treated its data presented still in December, 2014. Then Ural Indiana Jones reported that on October 30, 2014 the DigitalGlobe satellite, (at present the photo is available to viewing on the Google Earth service on coordinates 52 ° 7’32.70 "to N, 95°44’15.74" E) «in 99 kilometers from the city of Kyzyl, on a slope of a mountain ridge is revealed a place which, probably, was formed when falling (with the subsequent explosion) the small aircraft».

He told that the site about 150 meters, has damages of a snow cover and equal fragmentary edges, assuming, what exactly the Mi-8 helicopter there could fall. «I ask to pay attention that this artifact is unique that more anywhere on these mountains of such damage is not present», – Degteryov notes. 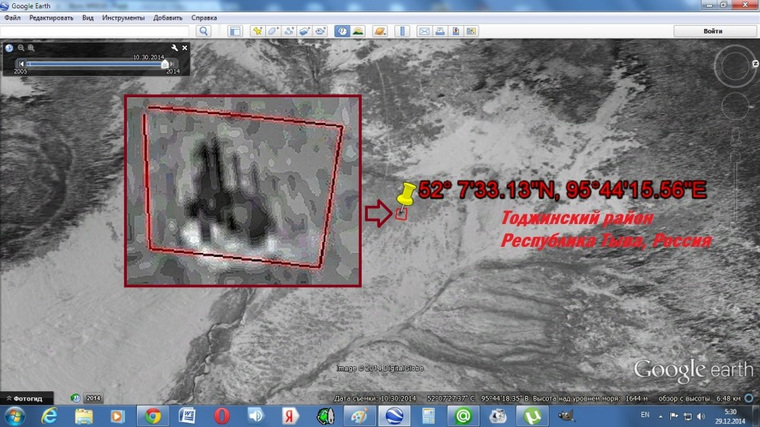 He also told that happened with helicopter after accident. «Fallen in the gorge between mountains the helicopter rolled down from small height then on a slope. Got stuck in stones and snow. Visible there was only the top part», – the tagilsky radio fan assumes.

He also reported that earlier transferred coordinates of a crash of helicopter in the Ministry of Emergency Situations, and also to the authorities of Tuva. To it answered that information will be checked.

On October 10, 2014 at performance of private flight on a route the settlement Sorug of the Todzhinsky area – the city of Kyzyl touch with JSC Tyva-Avia airline Mi-8 helicopter was lost. Onboard the helicopter there were seven passengers (the staff of JSC Stroylayn) and five crew members.