India terminated the contract with Italy 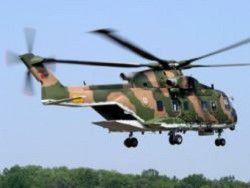 India officially terminated the contract with the Italian company AgustaWestland on delivery of 12 multi-purpose AW101 helicopters in a complete set the VIP. About it reports Jane’s referring to the statement of the Minister of Defence of the country of Manokhar of Parrikar.

From the contract in cost of 750 million euros, signed in 2010, India refused in January, 2014 against corruption scandal. According to the version of the investigation, for the sake of obtaining the contract Italians bribed the Indian officials. The Italian party made own investigation and violations from AgustaWestland did not find.

Before contract cancellation India managed to pay to Italians of 250 million dollars for the first three AW101. Cars were put by the end of 2013. India should receive other helicopters to summer of 2014.