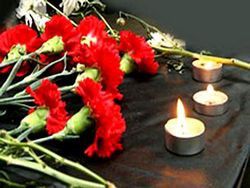 Certainly, it is possible to develop the special program on updating of fleet of airlines. However at us people perish not only in plane crashes, but also on roads, at plants where the operational injuries read off scale. Hundred thousands live in emergency houses, silently waiting the fate. Pensioners, without receiving due medical care, fill up tragic statistics of supermortality.

The main murderer of hundreds thousands not guilty people at us in the country is the liberal economic course which created peripheral capitalism. And and it not Putin’s exclusive invention as it is approved by neoliberals. Just the same capitalism prospers in Africa, Latin America, the majority of the Asian countries. Even Southern Europe gradually passes from a zone of the developed capitalism to a zone of the peripheral.

The main feature of peripheral capitalism is a sverkhekpluatatsiya of people, the nature and available infrastructure. Therefore in Russia it is not constructed any kilometer of the high-speed railways, and it would unload roads, having reduced number of accidents. Therefore houses fall and fall is direct on inhabitants, hundreds people are poisoned with substandard food. Therefore also planes are already far unreliable.

The era of board of Putin much will be remembered by a high consumption level. However one of the reasons of it is low level of accumulation. That everything it was clear, about what speech I will give such example. The taxi driver can spend the income for the current consumption or gradually postpone for acquisition of the new car. The zealous owner, of course, will try to change each five years the car on new therefore it reduces a consumption level in favor of savings. Лаботряс all money will spend for itself, and at some point risks to get to accident because of malfunction of the car. Our state behaves as the goof-off who does not see the future.

At macrolevel there is a gradual increase in wear of all types of fixed assets that negatively affects their safety. Besides, laws of the competition demand economy on everything therefore on capital and maintenance of fixed assets is allocated very few means. Only in textbooks on экономиксу the competition leads it to goods or service improvement of quality at reduction of price. In practice the most roguish survives. Especially in such countries as Russia where there is no due technical regulation and prospers corruption, as well as in other countries of peripheral capitalism.

Solutions of this system problem two: or we pass to level of the developed capitalism or completely it we refuse. The current economic trend shows that the world of the developed capitalism is narrowed. From it already as chickabiddies, fall out the countries of Southern Europe. Therefore it is unclear, how we there can get. The economic block of the government and not system liberals who play a role of oppositionists are guards of the established order which turned the country into a raw appendage. Yes, and the developed countries in any way do not want, that the economy of Russia became on one level with Germany. Therefore the only way to escape from paws of peripheral capitalism is its destruction, construction of the new order focused not on profit, and on satisfaction of changing needs of people.