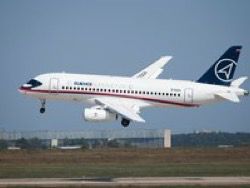 After a number of sensational plane crashes with the Russian planes, the simple truth, apparently, starts to reach our many officials – the new plane unequivocally better than the old.

And if in a case with broken in Egypt «Airbasy А321» the consequence yet did not give a definite answer that became the cause of accident, to any and without it is clear that the plane which drove in a tail and in a mane of 18 years in three various airlines, simply by definition cannot be same safe, as the new plane.

And after all before there was still the "Boeing-737" which has broken in Kazan and in general it is necessary to guess only, how many flight incidents remained "off-screen", on that only to the reason what to avoid failures by miracle it was possible.

But what it is precisely possible not to doubt, so it that in overwhelming majority of emergency cases the aviation sekond-hand, the American or European production participated. After all, as we know, domestic planes practically do not maintain our airlines.

In connection with all this there is a traditional Russian question – what to do? The answer is obvious – to revive own aviation industry as in inheritance from the USSR Russia managed the developed aviation branch which is letting out quite competitive planes.

These are domestic cars at us always were heroes of jokes, and here of planes to joke in the head came to nobody, as in the field of aircraft industry of the USSR was the leading world power.

It would seem, take this rich Soviet inheritance and use. As on the eve of elimination of the USSR already flied or Il-96, regional Il-114 which should replace out-of-date An-24, by Tu-134 and Yak-40 should start to be maintained a shirokofezyulyazhnik, and Tu-204 should come to change to medium-haul Tu-154.

But to all these cars the unenviable fate «dropped out to rise on a wing» during changes. At first one «the best German» – M. Gorbachev arranged so-called "reorganization" from which all won, except the USSR, and then its business was continued by "the bewitched friend» B. Yeltsin surrounded with any assembly of "reformers", rascals, and at times and frank traitors. To it it is necessary to add 200 American "advisers" who have occupied the whole floor in a governmental complex on the Old Square, the course Yeltsin гайдаровских "reforms" from where was coordinated.

Whether it is necessary to be surprised to that as a result of these rabble-rousing "reforms" the domestic aviation industry actually ceased to exist, and those few planes that shops to full disorder of branch managed to leave, soon on any earth «effective managers» finished. Able in this life effectively to do only two things – to steal and waste stolen worldwide.

As a result, one of the best shirokofezyulyazhnik of the world Il-96, and according to the author of these lines – the best, was recognized as "experts" uneconomical because of four engines and almost completely taken out of service. And it was made only in number of 28 pieces.

But well-known "Boeing-747" as having four engines are, in opinion of «effective managers», perfection top. That is why them bought and gained in leasing not one ten though to fly, for example, on "Boinge-747-400" because of terrifying narrowness it will be comfortable only to children of preschool age while Il-96 always was famous for the open space.

The same destiny waited also all other planes: Tu-204, Il-114, Tu-334. Them in a crowd wrote down in obsolete, uneconomical, unreliable and тд. However, the grain of truth here is, as the first serial Il-114 differed unreliable operation of engines that led to accidents. Problems were and at Tu-204. But it everything belongs to category of «children’s sores» which any new plane has absolutely, any samoletostroitel.

But when «children’s sores» raspiarenny the "Boeing-787" which operation stopped in the USA and Japan because of technical problems are mentioned, «effective managers» treat it with understanding. Say, to whom does not happen, the plane new, still up to the end not rolled-obletanny and hurry to order almost one hundred pieces. Despite very serious «children’s sores». And here when there are problems at Tu-204, at it right there turn up the nose and instantly put on the cross is mute.

At Il-96 of problems in general never was, it almost the safest plane in the world, but it all the same bad, as … uneconomical. And here "Bonig-737" of quarter-century prescription broken in Kazan – economic, as well as any ancient «эйрбас».

Why such prejudiced selectivity? After all even "superdzhet-100" to criticize which it seems as it is not accepted for purely shkurno-career reasons, and on that lowered dogs when it broke in difficult meteoconditions, врезавшись uphill in Indonesia. All perfectly understood that design features of the plane there was nothing, but this failure instantly presented as the next shame of "sovok" aviation industry.

But, thank God, to officials though late, but starts to reach that other alternative, except as revival of the aircraft construction is not present and cannot be. A row of mass media wrote about the production beginning in 2018 Il-114 in Nizhny Novgorod and just one of these days "Interfax" reported that in Voronezh soon production modernized Il-96 will be begun.

It is clear, what numerous "experts" will be set at once, how it seems to them, a reasonable question – what for to make these second-hand articles? But it is quite good to understand at last that the second-hand articles are "Boeing-747" and the "Boeing-737" which developed in the sixties of the last century and has made the first flights in 1969 and 1967. Many readers on light were not, and these planes already flied.

So why Il-96 which is younger than both "Americans" for 20 years – second-hand articles, and they does not? Yes, Il-96 engines would not prevent is newer, but they would not prevent and 60-70 % of all other passenger planes. By the way, new engines – PD-14 and PD-18, are in process of development and already are tested on «flying laboratory» Il-76.

If in the next years there will be no revival of domestic aviation industry, Russia forever remains as the banana republic maintaining worn aviaold clothes. As the competitors which number constantly increases, are not idle. Now Boeing and Airbus positions in some segments actively are restricted by the Brazilian company Embraer, the Canadian Bombardier and the Dutch Fokker as feel very surely, one of these days in China the presentation of a serial srednemagistralnik of C919 on which took place more than 400 orders are already received.

If Russia also lives further categories thieves’ the ninetieth, having acquired only one word – kickback, it is possible to remain forever on boondocks of world aviation industry. As only one «суперджетами» and MS-21 a situation here not to correct.

The domestic aviabranch should be revived in full so that it could let out and shirokofyuzelyazhny, long-haul liners and hundreds, instead of tens, srednemagistralnik and in general any type of aircrafts. Then and only then, Russia has chance to remain as the aviation power.