The Russian Federation army will take advantage of an antihelicopter mine 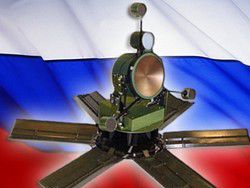 The latest development – an antihelicopter mine will be taken advantage the Russian army soon. The chief of the Air Force engineering service Russian Federation reported about it colonel Alexey Hazov to journalists.

«The antihelicopter mine at the end of 2013 passed tests and will be now accepted on supply, soon it is planned. It strikes the helicopter or other aircraft at height to 200 m, forming a shock kernel by a principle of a cumulative charge», – Hazov told.

According to him, the weight and dimensions new боезапаса are not disclosed yet. A new mine will establish remote means of a mining, including from helicopters.

«The mine will stand on the earth waiting for object. At its approach it is automatically transferred to fighting situation and when the object gets to a defeat zone, for it will work», – Hazov reported. He added that this mine should not react to casual hindrances, reports ITAR-TASS.

«We have similar anti-tank mine T-83, it works on armor object. But the antihelicopter mine is completely new development while it has no analogs», – Hazov emphasized.