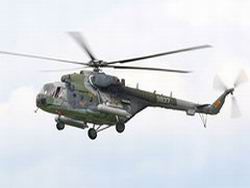 The Ministry of Defence of the Czech Republic intends to declare the tender for purchase of new transport helicopters which will replace out-of-date Mi-17, Mi-171 and Mi-24 of the Soviet and Russian construction in 2015. About it as reports Defense News, head of department Martin Stropnitsky declared.

He told to journalists that the Ministry of Defence of the Czech Republic is ready to pay to 350 million Czech korunas (15,8 million dollars) for the helicopter. Deliveries it is planned to carry out till the end of 2018.

According to Stropnitsky, the new equipment will not be bought more from Russia. The invitation to participation in the tender will be received only by the companies working for the territory of NATO member states.

«We should buy equipment only from the reliable states», – the Czech minister emphasized. When it is planned to declare competition on delivery of transport helicopters and what number of cars it will be bought, yet it is not reported.