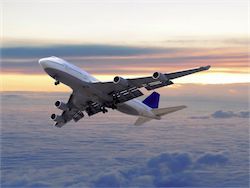 In the next two days for tourists from the Russian Federation 93 flights will take off for Egypt, Maiya Lomidze reported the executive director of association of tour operators. It also reminded that speech about emergency evacuation does not go, tourists are taken out in a planned order according to the tickets acquired earlier, broadcasts "RIA Novosti news agency".

On November 6 Russia suspended an aircraft service with Egypt before clarification of the reasons of a plane crash on Sinai where 224 persons were lost. The president of the Russian Federation Vladimir Putin charged to provide return from Egypt all Russian tourists.

According to Rosturizm, in resorts of the Arab republic there are about 80 thousand citizens of the Russian Federation.