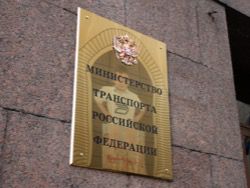 Russia will renew an aircraft service with Egypt, suspended on November 6, only after acceptance of all security measures at the Egyptian airports, the head of Ministry of Transport Maxim Sokolov on Tuesday, November 10 reported.

To call concrete terms it refused, reports "Interfax". «I will tell only that we, naturally, will go on opening of air traffic only when we will be convinced that all safety requirements are observed», – the head of Ministry of Transport emphasized.

According to Sokolov, first of all it is necessary to find out the reason of crash of the Russian Airbus A321 on the Sinai Peninsula on October 31 and proceeding from it to do conclusions about safety of the Egyptian airports or about «other factors which could lead to this accident». On a request to comment on messages that at the Egyptian airports allegedly it is possible to pass control for a bribe, Sokolov told that this question is out of its competence. «It is rather, special services» should be engaged in it, – the minister told.

Security audit of the Egyptian airports in which specialists of Rosaviation participate, the Federal Service for Transport Supervision and other special departments, goes «somewhere since Monday» and will come to the end within a week, Sokolov told. According to him, after completion of audit experts will analyze the obtained data. Before to speak about claims to safety at the airports of Egypt «while early», he told.

Falcons also marked out what to speak with reliability about the version of act of terrorism onboard А321 while it is impossible, broadcasts RIA Novosti news agency. For today «authentic data that it there could be an act of terrorism», are not present neither at the governmental commission, nor at the technical commission which are engaged in accident investigation, Sokolov told.

In Egypt passenger Airbus A321 of Kogalymavia airline on October 31 broke. The plane went from the Sharm-esh-Sheykha to St. Petersburg, but in 23 minutes after take-off was wrecked on the Sinai Peninsula. In total 224 persons who were onboard, were lost.

The reasons of a plane crash are established by the international investigation team. On November 7 the head of the commission of investigation from Ayman al-Mukaddam Egyptian party reported that last second records of a speech recorder from a cabin of pilots А321 the noise which nature is not established yet is audible. At the same time the Reuters agency referring to the unnamed participant of an investigation team reported on November 8 that inspectors «for 90 %» are sure that written down by one of «black boxes» noise was a sound of explosion of a bomb.

Since November 6 Russia suspended flights to Egypt before clarification of the reasons of crash of the Airbus A321 airliner. The press secretary of the president Dmitry Peskov declared that this decision does not mean that the priority version of crash is act of terrorism. On November 9 the prime minister of Russia Dmitry Medvedev told that the version of act of terrorism «remains as the reason of that occurred».

In two days prior to Russia Great Britain suspended flights in the Sharm-esh-Sheykh, having explained it obtaining information that bomb explosion could become the reason of crash of A321 on the Sinai Peninsula. The prime minister of Great Britain David Cameron declared on November 5 that the decision was accepted on the basis of the intelligence data. The British prime minister noted that London is not assured yet that onboard A321 really there was an explosion, but added that there is «a strong probability» it.